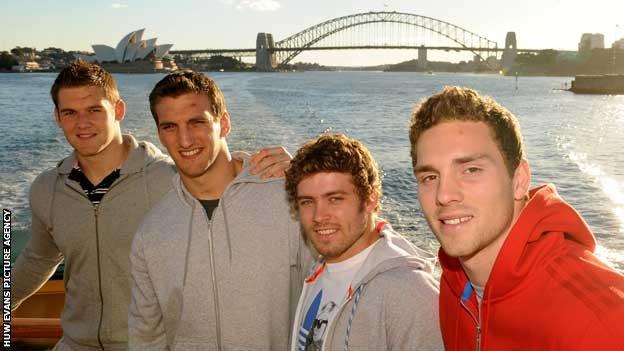 Wales have been warned that Australia will go to "the bitter end" in the final Test to protect their 43-year unbeaten home run against the Welsh.

The Wallabies have an unassailable 2-0 series lead but forwards coach Robin McBryde says Wales have a chance to make "history" in Sydney on Saturday.

with the final kick of the game and McBryde is "heartened" Wales came so close.

"They are used to winning against us, that's a big factor," said McBryde.

"And they'll keep on going until the very bitter end because they don't want to be the first southern hemisphere side to lose at home to Wales.

"So they are going to dig deep and the unfortunate thing is we gave them an opportunity to come back on Saturday."

Wales looked set for their first win over the Wallabies in Australia since 1969 - and just their third away victory over a Tri Nations super-power - in Melbourne as they led 23-22 going into added time.

"We have a sense of realism," said McBryde.

"As much as there were certain aspects we didn't get quite right, it did boil down to the last two minutes. It was that close.

"It is quite hard to lose in those circumstances but it is quite heartening to know that we were that close to getting what would have been a quite famous victory having not won here for so long.

"We have to take a bit of confidence from that and look to go that one step further on Saturday.

"We're not that far away, we're not looking at great deficits as was the case in the not too distant past."

Wales have beaten one of the Tri-Nations super-powers of Australia, New Zealand and South Africa just twice in their last 39 meetings - but the tourists held the Wallabies to their narrowest winning margin over Wales in Australia since 1978 on Saturday.

Now McBryde knows the Wales management must get the "last drop" from the squad Down Under at the "end of a very long season."

"The players have been to the World Cup and proved a few doubters wrong," said McBryde.

"They backed it up with a and they are all about creating a little bit of history for themselves.

"And this is their last opportunity. But it speaks volumes about the group that we're no longer content with pushing teams close, we need a win."