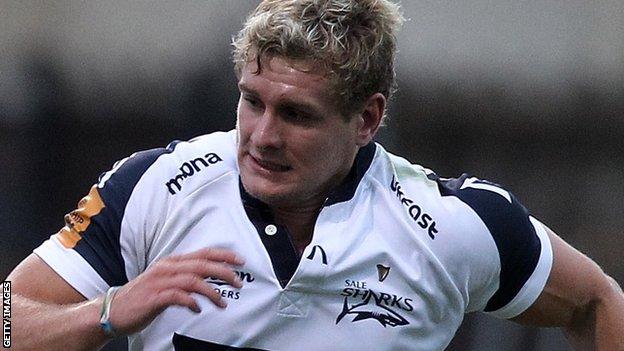 Jersey have added more depth to their pack with the signing of Loughborough Students number eight Fred Silcock.

The 22-year-old scored 10 tries for Loughborough as they won National Two North last season and has played 38 times for the club since 2009.

He is the 10th player to join the island side ahead of their first year in the Championship.

Going into the Championship this year, hopefully I can make a name for myself there

"I was really attracted by the club atmosphere over here," he told BBC Radio Jersey.

"I think it's amazing that they've got such good support."

Silcock featured when Loughborough Students met Jersey in the 2011 National Two play-off final, a match which the islanders won 30-5 to clinch promotion.

"When I came over here that gave me a good feel for it," said the back-row.

"Going into the Championship this year, hopefully I can make a name for myself there."