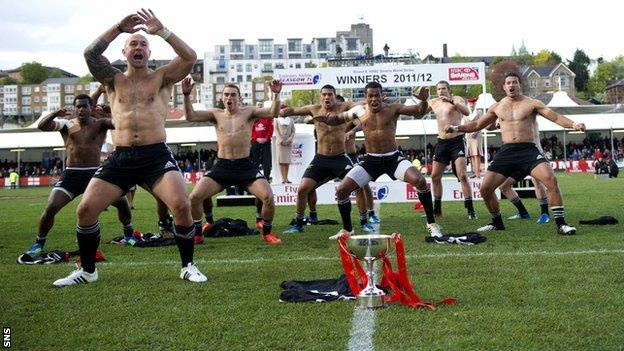 The Scottish leg of the HSBC Sevens World Series will be held again at Glasgow's Scotstoun Stadium next year.

A record crowd of nearly 27,000 attended the event this year after its switch from Murrayfield in Edinburgh.

"To have so many people attend in our first year was incredible and people are already talking about 2013 being the 'must-have' ticket," he said.

"We've received tremendous support from the city and that made the event this year something special. Next year will be even better."

The Emirates Airline Glasgow 7s will be played on the weekend of 4 and 5 May in 2013 and will again be the penultimate event in the World Series involving 16 international teams.

In the coming season, the global circuit is being expanded by the International Rugby Board to include a 10th leg, to be held in Argentina.