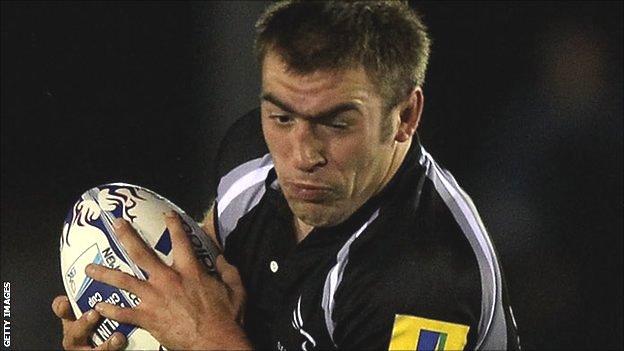 Newcastle Falcons hooker Joe Graham has signed a one-year extension to his contract at Kingston Park.

The 25-year-old was a regular in the Falcons' Premiership campaign last season with two tries in 22 game.

"It is a very exciting time for the Falcons at the moment and the club is certainly moving in the right direction," said Graham.

"I am really looking forward to Dean Richards coming in as the new director of rugby."

Graham added: "I am delighted to be a part of this ambitious set-up."

It was with National League One side Tynedale that Graham attracted the Falcons attentions, prompting a move to the club in May 2010.

The Cumbria-born front row still does not know which league Falcons will be playing in next season as London Welsh - who won the Championship play-off final after Newcastle finished bottom of the Premiership last term - have appealed against the decision not to allow them up.