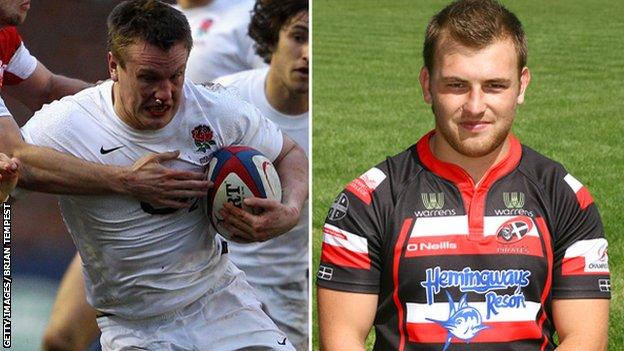 Plymouth Albion have signed two more players as they prepare for the 2012-13 Championship season.

Messer is a former Bath academy player and has spent the last three seasons with England students.

Cowan-Dickie joins his brother Luke, as well as Henry Slade, Jack Arnott and Lloyd Fairbrother in becoming an Exeter youngster on dual-registration at Albion.

"I'm looking forward to it and hopefully it will be a good move for me," he said.

"Having spent the past two years down at the (Cornish) Pirates I know what it's like to be around a Championship club and what will be expected of me."

"Albion has been through a tough time recently but it is testimony to the loyal supporters of the club that they are still here and in the Championship this season," he commented.

"I am really looking forward to being able to get out there in front of the supporters and working with the rest of the squad to produce some strong performances."