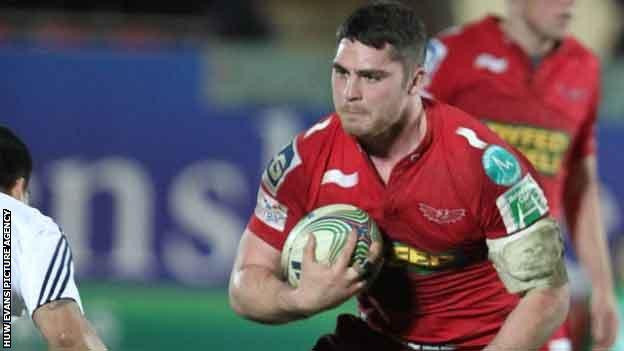 The 26-year-old has made 68 appearances for the Llanelli-based region.

Rees was appointed Scarlets skipper in 2010 and makes way for fellow Welsh international McCusker, whose career began at Mold RFC.

"He will lead the team from the front and by example and I know will set the highest of standards along the way," said head coach Simon Easterby.

"We have a young team with some natural leaders in it, and with Rob at the helm it's only going to get better.

"We thank Matthew Rees who has done a great job over the past two seasons as captain at a very key time in our progression, bringing a level of mental toughness and setting high standards in leading our squad."

McCusker made his Scarlets debut in 2007 and has gone on to make four Wales appearances, the last on tour to New Zealand in 2010.

Easterby added: "Having played alongside Rob and then also coached him as a player, I have seen him develop and mature as a player a great deal over the past six years.

"He has certainly earned his stripes working extremely hard to get his opportunity with the Scarlets and once he did he hasn't looked back."