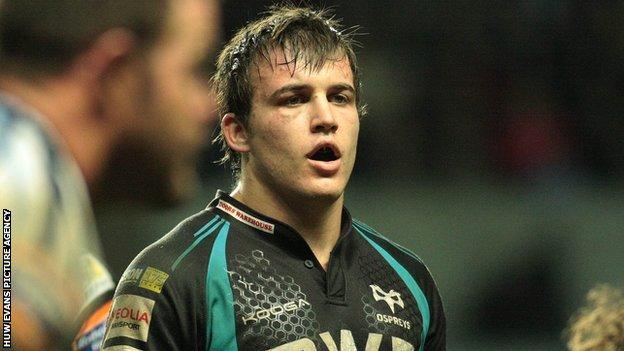 Back-row forward Tom Smith has done a U-turn to remain with the Ospreys rather than move to London Irish.

The Reading-based Exiles announced Smith's signing in February, 2012. But since then and head coach Toby Booth has left to join Bath.

The Ospreys say "a change in circumstances" led to Smith, 26, re-signing for the Swansea-based region.

Smith has made 91 appearances for the Welsh region, scoring three tries, and captained Wales at Under-21 level. He made 29 appearances in all competitions for the region in 2011-12.

Ospreys chief operations officer Andrew Hore said: "It's fantastic news for the region that we have been able to secure Tom's services until 2015.

"He is a real Ospreys stalwart and his experience and leadership is an asset to the organisation.

"Over the last 12 months or so we've had to make some very tough decisions for the long-term good of the business.