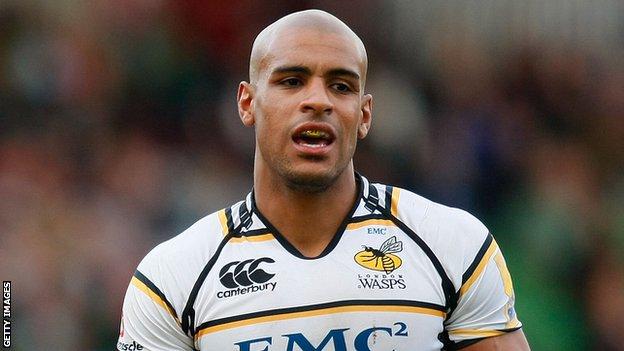 The side, who narrowly avoided relegation from the Premiership last season, are set to be taken over by a new consortium this month.

He told BBC London 94.9: "It's huge. There was a lot of uncertainty about what was going to happen at the club.

"This year is a completely fresh start with new management, new owners and new players coming in. The change around in attitude has been unbelievable."

He added: "It's nice we can now focus on rugby and Dai [Young, director of rugby] can concentrate on recruiting new players and new coaches.

"We're looking to improve and move forward as a team and create some excitement."

Along with the efforts of owner Steve Hayes to sell the club, Wasps's campaign last season was disrupted by the retirement of several key players due to injury.

Joe Worsley and Dan Ward-Smith were forced to retire without playing, while Steven Thompson and Tom Rees had to hang up their boots later in the season.

The Adams Park outfit only secured their top-flight status on the final day of the season despite losing to rivals Newcastle, who finished bottom of the table.

"The effort the boys put in last year was unbelievable," Varndell continued.

"There was a lot of stuff we had to face together, with a lot of injuries and retirements.

"It was a crazy season and I'm just glad we managed to scrape through by the skin of our teeth and are still fighting."

Varndell has been impressed by the club's recruitment and how the squad is shaping up for the new campaign.

"To have three fly-halves who are equally capable of producing top quality rugby week-in, week-out is fantastic.

"I'm impressed with Lee Thomas, with his ball-handling skill and his physicality and then we've got James Haskell and Tom Palmer.

"We've really signed quality. We have not got a huge amount of players coming in but they will all equally add something good to the team.

"That's what we needed. That strength and depth will definitely be there this year."