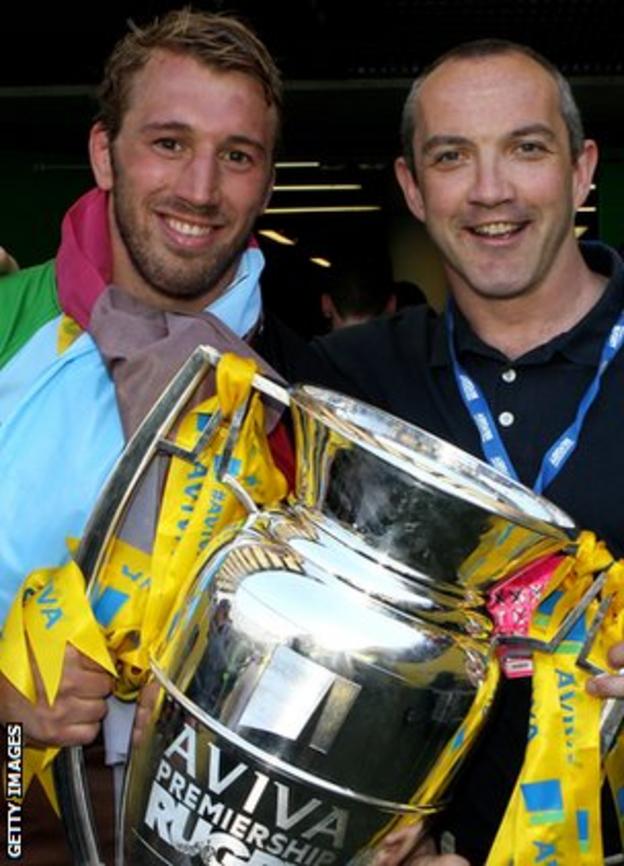 Harlequins director of rugby Conor O'Shea is eager for his side to improve despite winning the Premiership last season.

Quins finished top of the table and then secured the title by beating Leicester Tigers in the final.

He told BBC London 94.9: "We want to improve. We don't feel we were as good as we could be last season.

"We've a long way to go to be the best team we can be, which is what this team wants to be."

"We topped the Premiership in collective attack stats; off-loads, ball carries and line breaks - but we need to be more clinical.

"It's a great challenge and a lovely place to be."

O'Shea has improved Harlequins' final league finish in each of his three seasons with the Twickenham Stoop outfit.

And even though they won the Premiership trophy for the first time in their history, the former Ireland full-back is confident his players will be focused on further success.

"At this stage of the season every club is happy, stronger and fitter than they have ever been, and have the best game plan," O'Shea continued.

"This is the honeymoon when everyone thinks they've got it. We're realistic.

"We've got a very good and ambitious squad that will retain the hurt of not getting out of our pool in the Heineken Cup last season.

"That's a wrong we want to right. We want to focus on ourselves and see where it takes us."

Quins will begin the defence of the Premiership title away to Wasps on Saturday, 1 September.