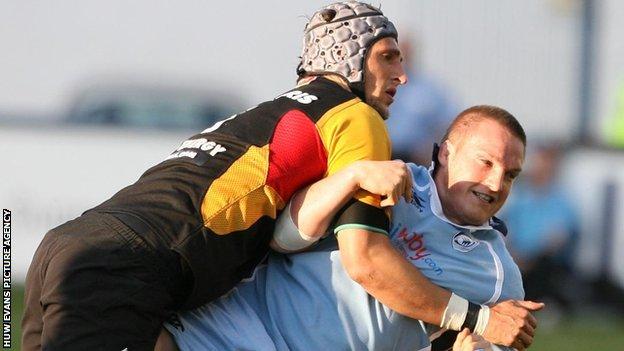 Gethin Jenkins made a winning start to his Top 14 career as a 55th minute replacement for Toulon in their 21-15 victory at Perpignan.

Luke Charteris played a full match on his Perpignan debut but James Hook's five penalties were not enough as Jonny Wilkinson scored 21 points.

Aled Brew was on the winning side as Biarritz beat Mont de Marsan 35-10.

Huw Bennett will have to have for his competitive debut for Lyon with the second tier kicking off a week later.