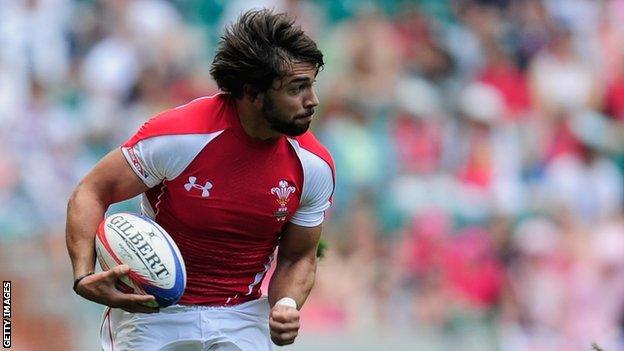 The Scarlets have signed versatile back Gareth Owen, who left the Ospreys following an injury-afflicted 2011-12 season.

He can play fly-half, centre and full-back and has played for Wales Sevens, and the Under-19 and Under-20 age-grade teams.

"This is a very positive move for me," said Bridgend-born Owen.

"And I look forward to working hard in the pre-season and getting back on the pitch in the forthcoming season."

Scarlets attack coach Mark Jones said: "Gareth is a talented player, we've obviously seen him perform here in Wales for a few years and the attraction for us is that he's so versatile, has real potential on the field for us and can provide some exciting attacking options."

Owen, who made 50 Ospreys appearances, added: "This is a great opportunity for me and I'm really eager to get back onto the field and enjoy my rugby again.

"It's been a long break but that just motivates you more."

He is the second former Osprey to have joined the Scarlets in the off season, following wing Kristian Phillips' move.