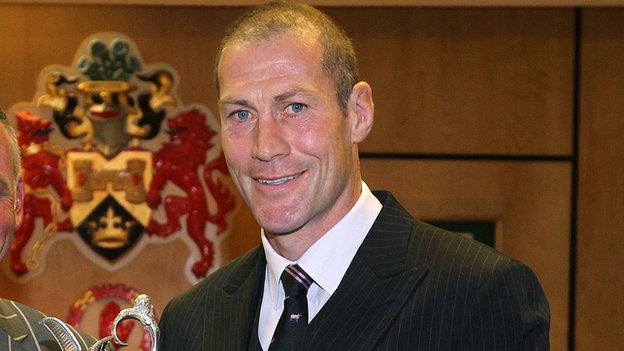 Johns, who won 59 international caps, takes over the post from Justin Fitzpatrick at Stevenson Park.

The lock forward captained Dungannon to a first All-Ireland League title success by an Ulster side in 2001.

"I'm confident that we've the talent and desire here to drive on with the progress that has been made by Justin over the past three years," said Johns.

Johns played for Royal School Dungannon before joining the senior ranks at Dungannon in 1987.

He had a professional spell at Saracens and helped them win the English Tetley Bitter Cup in 1998.