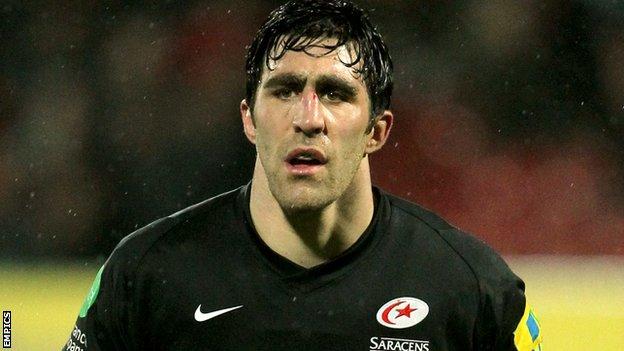 Saracens forward Kelly Brown is hopeful he will be fully fit for the start of the Premiership season.

The 30-year-old Scotland international has been on the sidelines since sustaining a knee injury against Treviso in January.

He told BBC London 94.9: "I've been fortunate that this is my first major injury in eight seasons.

"I've been working very hard and have not had much time off because I want to be back as soon as I can."

The back row added: "It's not ideal to miss the whole Six Nations and the run-in in the Heineken Cup and the Premiership.

"I've worked hard and I want to come back stronger than ever. With a little bit of luck I'll be fit and ready for that first game."