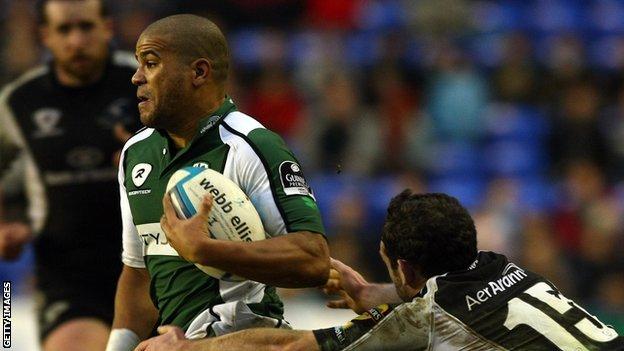 "I thoroughly enjoyed my time in France but I always knew that I wanted to return to the English game at some point," he said.

On Tuesday, Wasps announced the signing of Italy international Andrea Masi, 31, from Aironi.

And director of rugby Dai Young believes Bailey is another important piece in the jigsaw as he looks to build a successful side for next season.

"We've got a lot of talent in our back-three but we have been looking to add depth to our squad out wide for some time and James arrives with solid experience at this level," he said.

Bailey is the second former Lyon player to join the club this summer following the arrival of Welsh centre Lee Thomas.