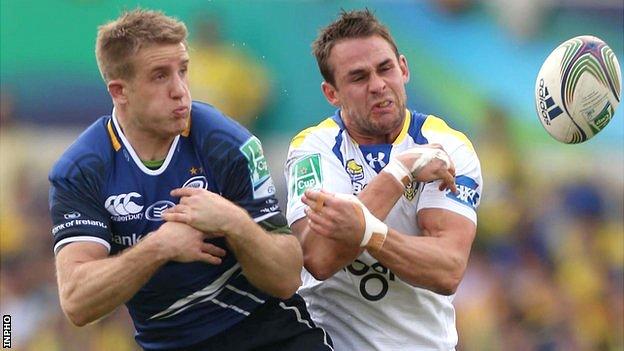 There had been speculation that Fitzgerald could be set to leave the Irish province.

Roux, 21 made his Super 15 debut for Western Province in June while utility back Nelson has had spells with New Zealand clubs Nelson and Tasman Makos.

Goodman has also played for the Honda Heat Rugby in Japan.

Leinster coach Joe Schmidt said the signings of the overseas duo "will bolster our second row and out-half-midfield options".

He added: "Quinn is a physically imposing forward with a burgeoning reputation in South Africa and he will add further competitiveness to the second row alongside Leo Cullen, Damian Browne, Devin Toner and Mark Flanagan as well as our other recent signing Tom Denton.

"Andrew is a quality player and has been a consistent place-kicker for a number of years.

"We are also delighted that Luke has committed to the province for another year.

"Luke is an outstanding talent and he has played a major role in Leinster's recent success.''

Fitzgerald's recent seasons have been badly affected by injury and he was ruled out of this year's Heineken Cup final by a neck injury which required surgery.