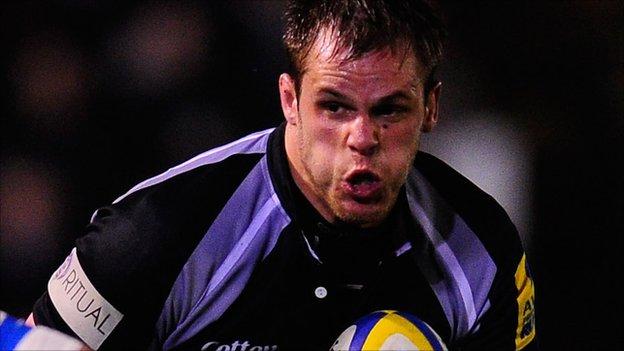 Newcastle Falcons lock Will Welch has said he is overwhelmed by the support from his team-mates following his appointment as captain.

"The reaction from the boys has been really positive but especially from James," Welch told BBC Newcastle.

"He was always going to have a nice word to say, he hasn't got a bad bone in his body and he's a great bloke."

And after the Falcons were condemned to relegation following London Welsh's successful appeal, Welch will be leading the side in the Championship next season.

He admits it was a huge disappointment for the club but is confident the reaction shown by the team can be the catalyst to winning instant promotion back to the top flight.

"The reaction from the boys as a team has been great and everyone is really excited about the opportunity of getting Newcastle back in the Premiership," he said.

"We're under no illusions that it's going to be a real tough season.

"The Championship is a hard league but we're more than confident with the squad and the backroom staff we have we are more than capable of bouncing straight back up."