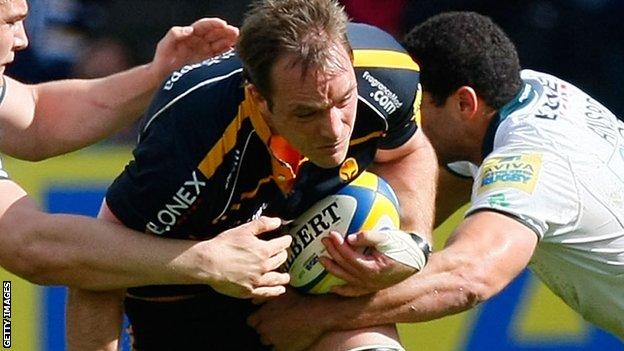 New Exeter Chiefs signing Kai Horstmann says he wants to try to break into the England set-up this season.

The former England Saxons and Sevens flanker and sees the move as a chance to prove himself for England.

"Hopefully it'll be sooner rather than later," he added.

Exeter have only one player in the England set-up in Tom Johnson, but Horstmann says playing in the Heineken Cup and in a side that finished fifth in the Premiership last season will help his chances.

"We certainly feel we've got the calibre and talent in the squad to do things and turn a few heads this season.

"I want to win silverware and this club's got the ability to do that.

"Ultimately you've got to back yourself and if you're playing well people will notice.

"You don't necessarily have to pick form the standard sides, Tom's done that and he was arguably one of the best players in South Africa."