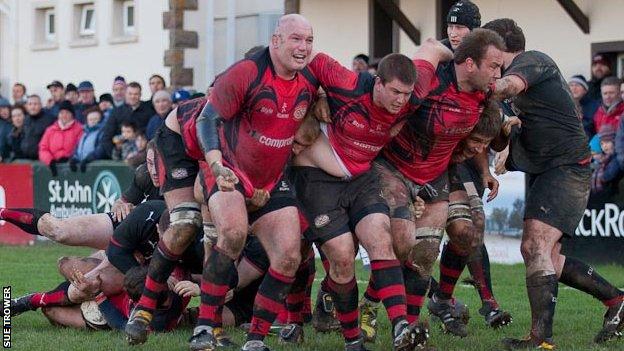 Jersey chairman Bill Dempsey says the draw for the British & Irish Cup has thrown up some "unbelievable" fixtures for the island side.

The Championship newcomers will get to test themselves against a Leinster 'A' side, Welsh champions Pontypridd and former Premiership club Leeds.

The group matches will be played between 12 October and 19 January.

"I said before we knew the draw was done that my wish was that we might get Leinster," said Dempsey.

This year will be Jersey's first in the competition after a remarkable four promotions in five seasons has catapulted them into English rugby's second tier.

Hooker Dave Felton was equally delighted by the prospect of facing some of the top sides in the tournament's group stage.

"Many of the lads like myself never thought it would come to this. We waited, we worked hard and we got there."