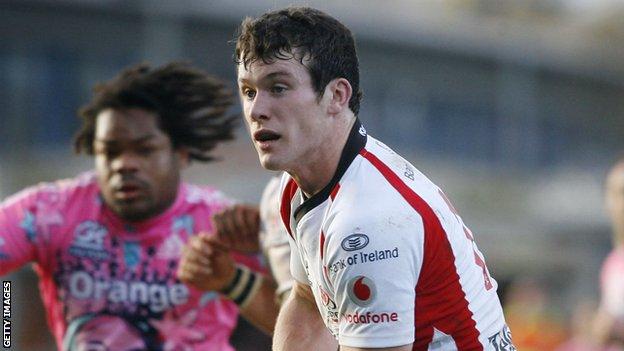 Former Ulster centre Ian Whitten is hoping his summer move to Exeter Chiefs will re-ignite his international career with Ireland.

The 25-year-old back played 61 times for Ulster over four seasons, and has two caps for Ireland.

"It's obviously very difficult with the likes of Brian O'Driscoll, but those players will not go on forever," he told BBC South West.

"If I can be over here playing well and those boys call time then who knows?"

He continued: "Every Irish player wants to play for Ireland.

"At this stage of my career I needed to try to change it up and try a new challenge - maybe if I can do well over here it'll push me forward as a player."

Whitten is moving away from Ravenhill having come through the club's junior ranks, making his first-team debut in 2008.

"Players obviously want to play in the Premiership because it's such a prestigious league," he said.

"Hopefully I can get in the Exeter team and play a few games. It's something I'm really looking forward to."