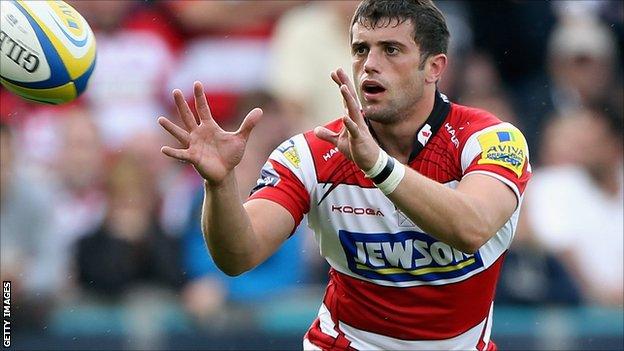 Scrum-half Nick Runciman has re-joined London Welsh for a second spell after a season with Gloucester.

Runciman, 26, made 81 appearances in three seasons for the Exiles, scoring three tries, and helped the club twice reach the Championship semi-finals.

He joined Gloucester in 2011, making 15 appearances for the Cherry & Whites, including two in the Heineken Cup.

Cheltenham-born Runciman said: "I'm very pleased to be back - it feels like I've never been away."

Runciman, who originally came through Gloucester's academy before joining Worcester in 2005, has represented England at Under-16, Under-18 and Under-21 level, as well as the Barbarians.

"[London Welsh] is a great place to play rugby, a great bunch of lads and I'm looking forward to playing under Lyn [Jones - head coach]," he added.

"I watched all of London Welsh's televised games last season and kept my eye on their results. It was great to see the boys win the Championship the way they did. It was testament to the professionalism of the lads and the coaching staff at the club.

"Gloucester definitely benefited my game. I feel fitter than I've ever been and my game management's improved, and hopefully I can add that to the London Welsh squad.

"The Premiership is a massive challenge - there are no easy games. We'll have to treat every game as a cup final, work hard and not switch off at any point during the season."