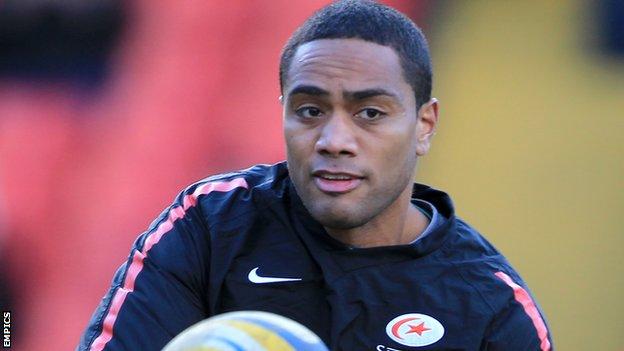 The Fiji international, the brother of London Irish winger Sailosi, made 43 appearances during his three-year spell with Sarries.

"He attracted a lot of interest from other clubs so it's a significant boost to have his qualities in our side."

Middleton continued: "What has impressed me most is his work rate in the field, and the physicality in his defence. Mike has good kick-chase skills which rounds his game off well.

"Importantly he is a top professional and a great character, and those are critical factors for us."

Capped four times for his country, Tagicakibau previously played for London Welsh during their time in National One.

"I'm very excited about my future with Bristol Rugby," said the flyer.

"I have heard a lot about the positive environment at the club and the culture that is establishing itself there, I'm looking forward to contributing to that.

"The RFU Championship is a tough league, and this year looks to be the toughest one to date. It's the kind of competition that excites me."