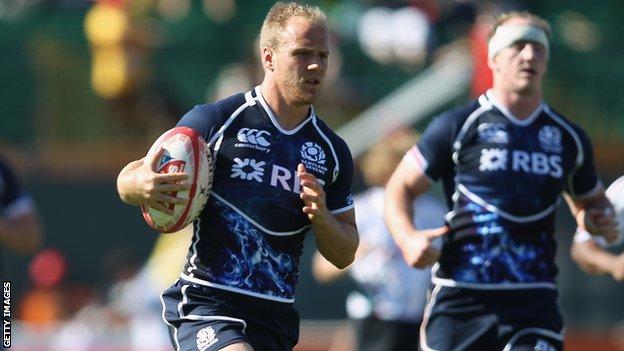 Scotland have secured a place at next year's World Cup Sevens, picking up the last of five available at the European qualifying event in Portugal.

The hosts, Spain, France and Georgia had already booked their spots in Moscow before the Scots beat Italy 22-14 win in the plate final.

England, Russia (hosts) and Wales (defending champions) were already guaranteed places and did not compete.

Scotland lost to Spain and France but beat Germany to set up the Italy clash.

"We came here to do a job and that was to qualify a side for next year's World Cup," said Stephen Gemmell, Scottish Rugby's head of performance development.

"We are disappointed that we lost to Spain and France but for the players to complete the job in six games said much for this group.

"We'll do a thorough debrief as usual now it's the end of the Sevens season but the bottom line at the moment is that we have qualified and nobody is going to worry about how that was achieved come next June in Moscow."