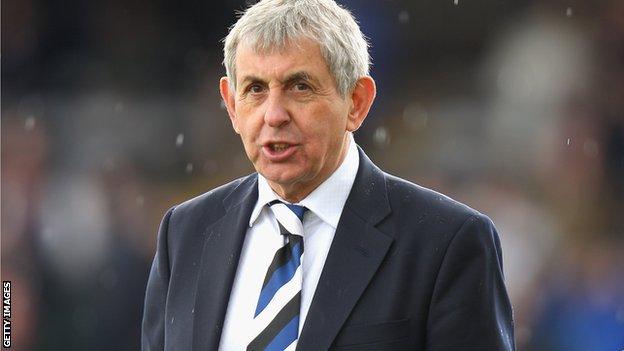 McGeechan left his role as Bath's director of rugby in May.

1972 - Makes first of 32 appearances for Scotland as a player, including nine as captain

1974 - Features in the Lions' 'invincibles' tour of South Africa

1986 - Becomes Scotland assistant to Derrick Grant, before being named coach of his country in 1988

1989 - Leads Lions to a series win in Australia

1993 - Takes Lions on tour of New Zealand, losing the series

2009 - Leads Lions to a memorable series defeat in South Africa

He told the club website: "I am delighted to have this opportunity to come back to where it all started for me and give something back to my club.

"This is a new role for me but one that I am very excited about. I am keen to support the club in any way I can."

He added: "I was fortunate in my early Headingley days to be guided by older, wiser players who helped shape me as an individual and now all these years on, things have come full circle and I have the opportunity to do exactly the same."

The Leeds-born former Scotland international spent the whole of his 15-year playing career with Headingley RFC, who merged with Roundhay RUFC in 1992 to form Leeds.

He replaces Paul Caddick in the position of executive chairman, with Caddick staying on as chairman of Leeds Rugby.

Chief executive Gary Hetherington said: "Sir Ian McGeechan is someone who is admired and respected throughout the sporting world.

"Ian will have a number of key objectives that are not focused on coaching that he will be aiming to deliver on as we look to strengthen our business and fulfil our potential by returning to the Premiership."

Leeds were relegated from the top flight in 2011 and finished sixth in the Championship last season before a disappointing play-off campaign.

McGeechan was knighted in 2010 for his services to rugby, and engineered series wins with the Lions in Australia in 1989 and South Africa in 1997, as well as leading Wasps to victory in the Premiership, Heineken Cup and Anglo-Welsh cup.