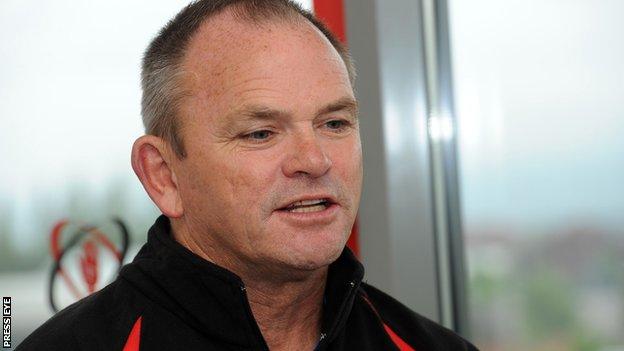 Mark Anscombe hopes to have the bulk of his Ulster squad together for the first time as the province's pre-season preparations enter a fifth week.

The team's international players at senior and Under-20 level will be integrated into training sessions for the first time this week.

"It's a little bit frustrating in that it is a jagged start for so many players," admitted Anscombe.

"We're looking at keeping it simple to start with and build as a group."

The Kiwi is happy with how the players have responded to the new training methods.

He's been impressed with players like Callum Black, Paddy McAllister, Adam Macklin, John Burns and Niall Annett who he says have been training well since he arrived at Ravenhill.

"These guys are here every day and enjoying the work at the moment.

"They've shown a good attitude - how they transfer that into playing will be the important thing.

"The Under-20s are back this week so it will give us a chance to look at Iain Henderson, Peter Nelson, Chris Farrell, Stuart Olding and see what we've got.

"The likes of Paddy (Wallace), Stephen (Ferris) and Tom (Court) have all had operations so we've got to be careful with how we ease them back into training, but it will be nice having close to our full contingent of the squad together this week.

"We are trying to develop the players without making it a total overload of information."