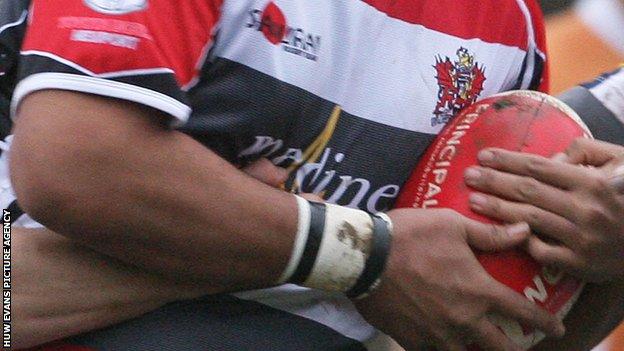 Mike Hook, brother of Wales back James Hook, is to take over as the new head coach of Pontypool as they prepare for life in the second-tier championship.

The club face a six-figure legal bill after failing to reverse their omission from the reduced top-flight of Welsh club rugby, the 12-team Premiership.

"We've regrouped, we've got a side and we're confident we're going to carry on" said secretary Colin Tuckwell.

Hook, 29, has been backs coach at the club since injury forced him to retire.

He had previously announced he was leaving Pooler "with regret".

Matthew Chapman will be promoted to backs coach from the club's development side; Shaun Rees will remain as team manager and a new forwards coach will be appointed.

Director of rugby James Chapron left the club in May to concentrate on his work with with the Welsh Rugby Union and the Dragons academy.

Pontypool also face having to bring together a new-look squad after many of their players were recruited by Premiership sides.