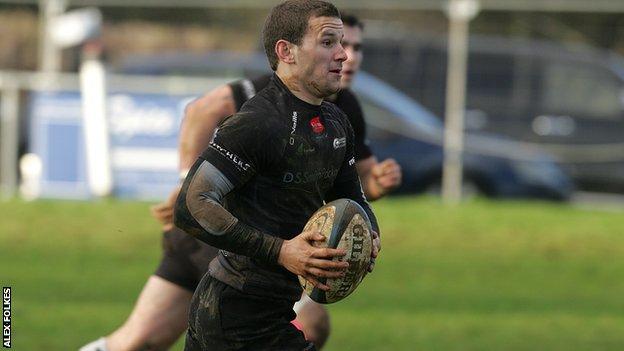 Launceston winger Richard Bright has signed a deal to stay at the club for the 2012-13 National Two South season.

Bright re-joined the Cornish All Blacks last December after moving the Blackheath last summer and scored nine tries in 15 games for Launceston.

"He's a massive addition to our back line with his pace and experience," Launceston head coach Cliff Rainford told BBC Sport.

"It's a real pleasure to have him back and signed again," he added.

Bright began his career at the Cornish Pirates in 2008 and played for Mounts Bay before moving to Polson Bridge in the summer of 2010.

He is one of four players to have signed deals at the club.

Chapman has previously played at Polson Bridge and spent last season at the National Three South West club after returning from a spell in Australia.

"He's a great addition, he's a big, strong, powerful ball-carrier, good in the line-out and good in the scrummage.

"He's along the lines of Ben Hilton, Jamie Tripconey and Josh Lord so he's going to be a good forward to have."