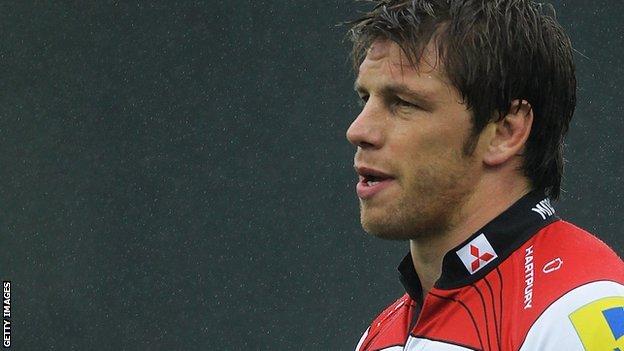 Leicester Tigers have re-signed back-row forward Brett Deacon from Gloucester and scrum-half Pat Phibbs to provide injury cover at the start of the new season.

He played for Exeter last season.

The 30-year-old Australian worked with Tigers head coach Matt O'Connor when he played for the Brumbies in his homeland.

Director of rugby Richard Cockerill said: "Ben Youngs is out after shoulder surgery and Scott Steele has not done any pre-season because of the injury he picked up at the end of last season.

"He will not play until the end of August so we need to have a bit of an insurance policy at scrum-half.

"Pat is that person and will be here for four months.

"Brett has played more than 100 first-class games and can come in and fit in where we need him to because he has plenty of experience.

"Brett has done well for Gloucester during the past couple of years and he already knows the environment well at Leicester.

"We have had some injury issues in the back row and Jordan Crane coming back from long-term injury."