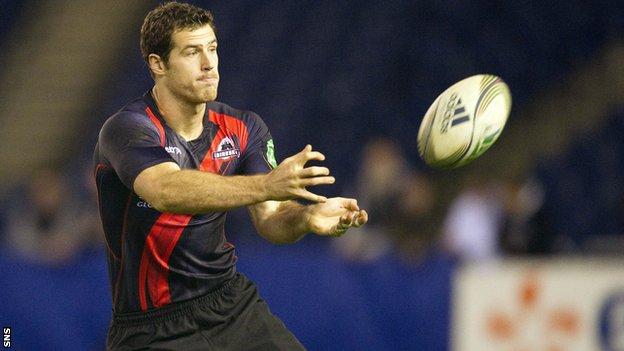 Edinburgh will open next season's Heineken Cup campaign with a home tie against Saracens.

The Murrayfield match takes place on Saturday 13 October with a 13.35 BST kick-off, with Glasgow in action at Franklin's Gardens the following day.

Glasgow also take on Ulster and Castres, while Munster and Racing Metro are in Edinburgh's pool.

"We're very proud of what the club and our supporters achieved in last season's Heineken Cup," he said.

"Our task now is to plan with the same precision our assault on the 2012-13 competition."

"Saracens finished third in the Aviva Premiership last season and have an abundance of quality international players, not least Kelly Brown. We saw last season, when we opened with a victory against London Irish, the importance of generating momentum from your initial pool game.

"Munster have a fantastic Heineken Cup pedigree. They have won the competition twice before and regard Thomond Park as a fortress."

Glasgow have never reached the knockout phase of the competition.

"We're facing finalists from the last two years as well as one of the leading clubs in the French Top 14 clubs, so we know the quality that we'll be up against," said head coach Gregor Townsend.

"But we know we'll receive incredible backing from our supporters at home and that will be a huge boost to our efforts in pushing through the group stages."