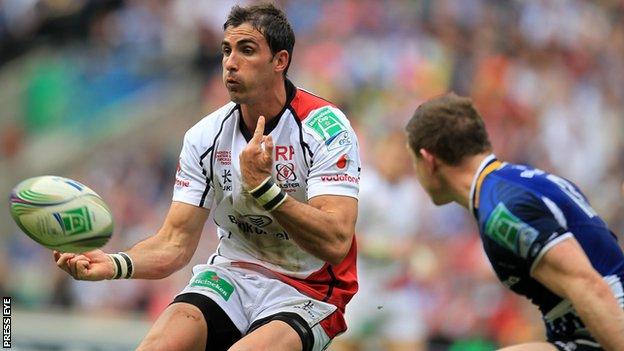 Heineken Cup finalists Ulster will begin this season's competition with a home tie against Castres Olympique on Friday October 12 at Ravenhill (20:00).

They play Glasgow away the following week, before back-to-back games against Northampton Saints on December 7 and 15, the away tie coming first.

Their Pool 4 campaign will end in January with a home tie against Glasgow followed by Castres away.

Champions Leinster will open their hat-trick bid at home to Exeter Chiefs.

The three-time winners, who have won the tournament in 2009, 2011 and 2012, then face Scarlets away before two mouth-watering fixtures against their great French rivals ASM Clermont Auvergne.

Leinster beat Clermont in a nerve-jangling Heineken Cup semi-final in France last season before beating Ulster in the final at Twickenham.

They host Clermont at the Aviva Stadium on Saturday 15 December.

Munster begin their campaign in the Stade de France against Racing Metro 92 before hosting Edinburgh Rugby at Thomond Park on Sunday 21 October.