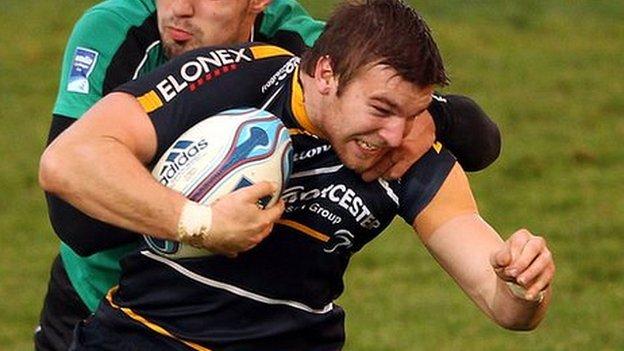 Worcester centre Andy Short will miss the start of the season after fracturing his right wrist playing in a sevens match against Gloucester.

The ex-England Under-20 international was due to undergo surgery on Friday.

Worcester head coach Richard Hill said: "I know Andy was keen to make a big impression this season with real competition for places in the backs.

"We are all hugely disappointed for him after he had got himself fully fit for the new season."

Short, 21, was injured in the latter stages of last season, dislocating his shoulder while on loan at Cornish Pirates.