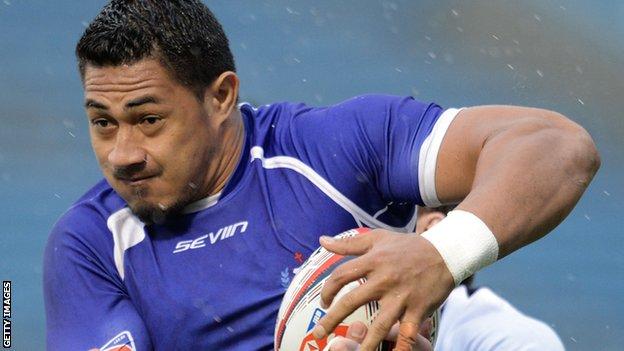 The 26-year-old, who can play at flanker or number eight, has 10 caps for his country and has previously played club rugby for Toulon.

"I've been watching Alafoti for a number of years now, having first encountered him on the Sevens circuit," said head coach Liam Middleton.

"Alafoti has become one of the most recognisable and most destructive players in the series.

Middleton continued: "Not only is he impressive in his athletic ability, but he struck me as a player that can have a significant impact on the game."

"I'm really pleased to be joining Bristol. I've heard a lot of great things about the club from Fautua and I'm excited about a new challenge," Faosiliva added.

"I want to make a big impression in the Championship and I hope that I can do that with Bristol."