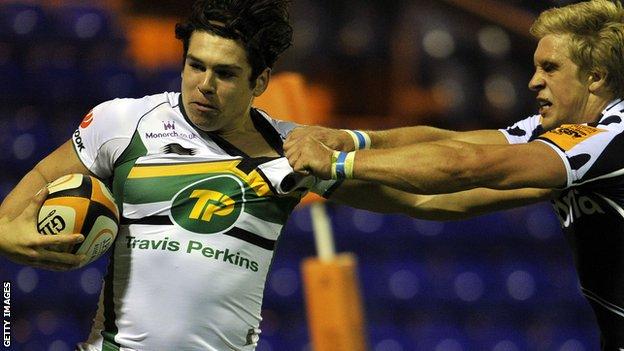 Wootton plays on the wing and Allcock is a back row and the 18-year-olds were in the Saints squad for last month's Premiership Sevens games at Stockport.

Allcock scored the winning try as they beat Leicester Tigers 26-24, but they then lost to London Welsh and Sale.

The former Sedburgh School pupils were capped by England at Under-16 level.

The deal with Cambridge, who play in National League One, should give them more first-team opportunities.

However, coach Glenn Remnant promised they would not be given an easy ride.

"They need to earn the respect of the players here," he told BBC Radio Cambridgeshire.

"Every player has two legs and two arms and they need to find their place within the team."