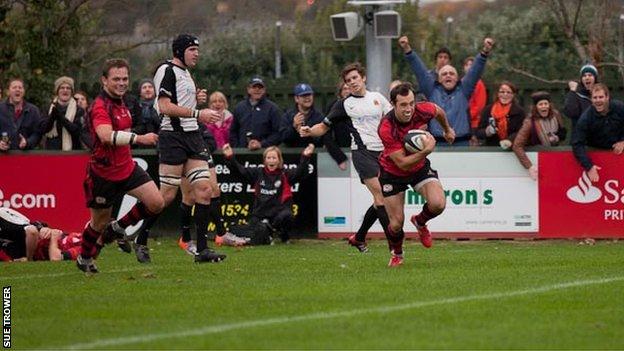 Jersey Rugby Club officials say they are "delighted" with ticket sales for their pre-season friendly against Premiership side Leicester Tigers.

More than 2,000 tickets have been snapped up, with about 4,000 expected at St Peter on Saturday.

"We need the public to come along to the games and we're pleased to see that they're responding well."

Meanwhile for the first time Jersey supporters have been offered the chance to buy season tickets, with about 400 sold so far.

Interest in the islanders is reaching new heights after four promotions in five years catapulted them into the second tier of English rugby.

A new terrace has been built at the east end of the ground as part of developments to improve facilities and help Jersey cater for bigger crowds.

"The new terrace has freed up a lot of space and we've moved the pitch side fence just in front of the club house," said Innes.

"A 4,000 crowd should be comfortable rather than last season when it was a real squeeze.

"There are some really exciting prospects and Leicester is just the first of many."

There will be live commentary of Jersey against Leicester Tigers on BBC Radio Jersey.