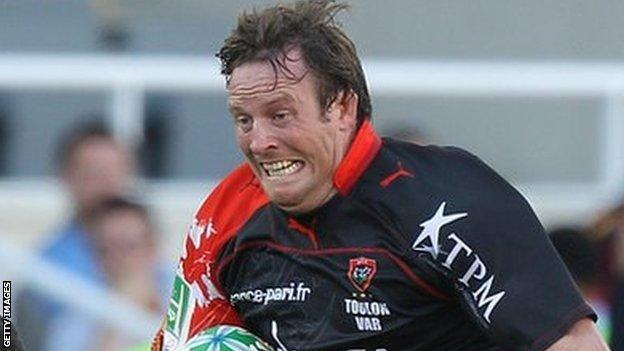 Worcester coach Richard Hill has opted for a change of captain at Sixways by asking new signing Dean Schofield to lead the team out next season.

"I spoke to Chris over the summer about the captaincy," said Hill.

"I asked him if he felt he should concentrate on his own game and making sure he hits top form," he added.

"Whilst he has always been proud to be captain and could have continued in this role, he acknowledged the time was right to look at his own form.

"He made that decision himself and he deserves huge credit for that."

Manchester-born Schofield, who is 6ft 6in tall and weighs 20 stone, played for Sale Sharks between 2001 and 2010, captaining the Sharks in his final season before heading for France.

With Schofield's vast experience in both Europe and the Premiership, in which he has played 163 matches, Hill believes that he is the right man to replace Pennell.

"Dean is a fantastic player and an exceptional leader," added Hill. "He is someone who demands respect as a player.

"On the field he adds a physical presence and power and will look to lead from the front. Off the field he will be a superb ambassador for this club.

"I have spoken to Joe El-Abd, who was my captain at Bristol and who played with Dean at Toulon, and he told me how much of an leader he is. He is someone who will ensure that we all push together."