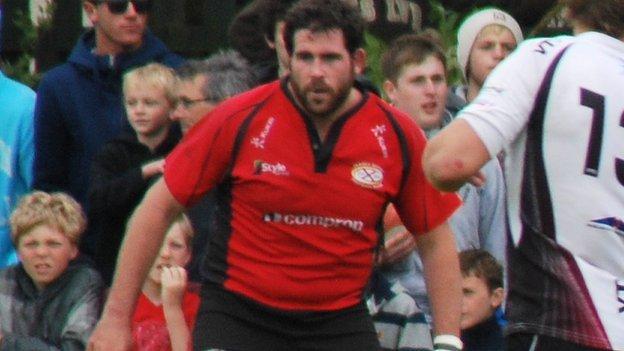 Jordan Crane gave the Tigers an early 5-0 lead with Mickey Young adding a second try, before a converted try by Steve Boden reduced the gap to 12-7.

Crane got a second and Scott Hamilton scored to make it 24-7 at half-time.

Pat Phibbs increased the lead, then Nick Trower and a penalty try reduced Jersey's arrears before Adam Thompstone got a late try for Leicester.

Evans added that the match was a good chance for his squad to gel together for the first time in a competitive game.

"There is a good balance, they're a cosmopolitan team, but the boys are good mates and I think that showed on the pitch," Evans said.

"At this level, at the Premiership level, it's the little things that count.

"We can all tackle, all run with the ball and all scrum, but it's those fine little details and when you play against a really good team they punish you for every little mistake.

"They didn't have all their big guns out, but it's still 15 players from that Leicester squad and the boys let it all hang out, and I'm really proud of them."

And Leicester's captain on the day, Martin Castrogiovanni, also praised his side's opponents.

"It was a really good match," Castrogiovanni said. "Jersey played really well and showed they are a good rugby team and will do well."