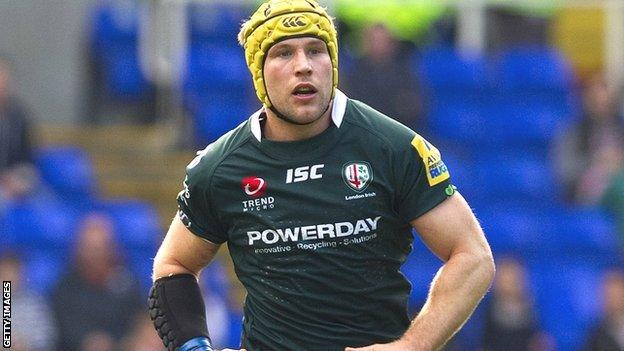 The 27-year-old has already been training with the Tigers and his former club will pay some of his wages during his first season at Welford Road.

Director of rugby Richard Cockerill told BBC Radio Leicester: "That is very cost-effective for us.

"He's a quality player. He has played a lot of rugby in the Premiership, is experienced and will slot straight in."