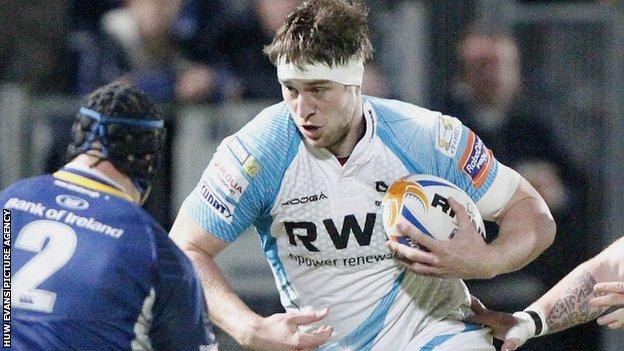 Ospreys forward Ryan Jones could miss up to the first three weeks of the season after keyhole knee surgery.

The 31-year-old Wales star's absence from the start of the RaboDirect Pro12 campaign, which kicks off on 31 August away to Treviso, will be a blow.

But Jones should be fit and available for Ospreys' Heineken Cup opener, also against Treviso, on 12 October.

"The early prediction sees him back available around the six-week mark," confirmed head physio Chris Towers.

"After undergoing investigation and bearing in mind where we are in the season, it was agreed that the best course of management was for Ryan to have some minor keyhole surgery," Towers added.

Ospreys lost their penultimate pre-season game 49-25 away to French side Clermont Auvergne.

A game against English side Bath on 18 August at the Liberty Stadium will complete Ospreys' preparations before their Pro12 opener.