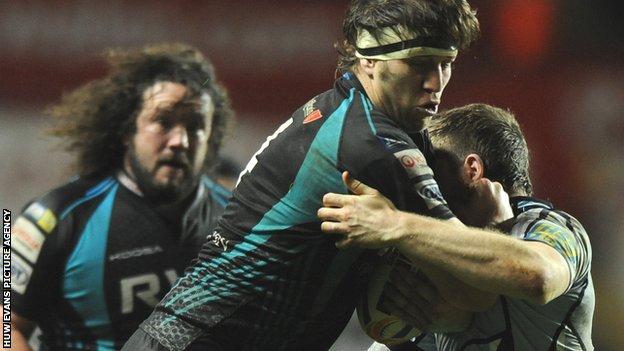 The details of this season's Welsh Pro12 derbies over the Christmas period have been agreed, with all four games to be televised live.

The Blues will again be at home on Boxing Day to face neighbours Newport Gwent Dragons, with Scarlets away to Ospreys later in the day.

And then on New Year's Eve, the Dragons will welcome Ospreys.

Scarlets won both of their Welsh derbies over the festive period last season, while the three other regions managed to win one each.