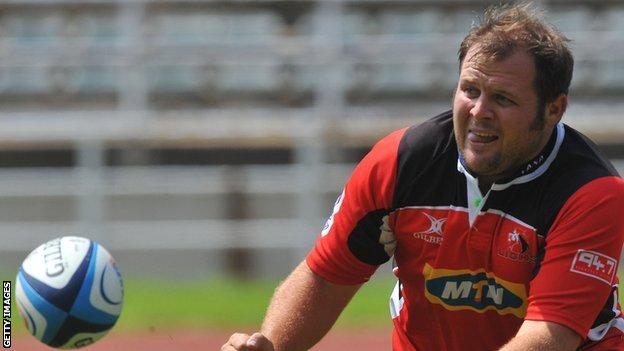 Adriaanse joins another South African, lock George Earle, at the Welsh region for the new season.

The 27-year-old leaves the Lions after they lost their Super Rugby status and were replaced by the Southern Kings.

"This is an important signing for us and we're really pleased Jacobie is joining us," said coach Simon Easterby.

"We know that he'll have a positive impact for us going forward adding real strength to our pack this season.

"Securing someone of his ability and track-record is in line with our philosophy to carefully research, manage and target the right players to bring into our set-up."

Adriaanse's agent, Anthony Johnson, told Supersport.com: "It's a great opportunity for the player and Jacobie and his wife are very excited.

"The Lions losing Super Rugby status certainly influenced the player's decision, but Jacobie was very keen on the move before the Lions knew their fate.

"There will definitely be a few more moving so watch this space."

However, Jones has been capped once by Wales having made his name on the loose-head, where the Scarlets have Phil John, 31, and Rob Evans, 20, to call on in the wake of Iestyn Thomas's retirement at the end of the 2011-12 season.