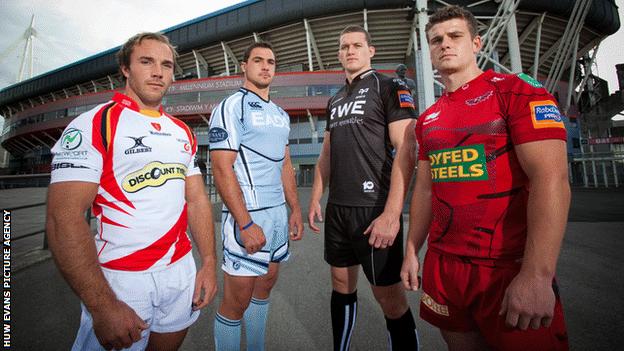 The Welsh Rugby Union and the four Welsh regions' financial review of professional rugby has been completed.

The review by accountants Price Waterhouse Coopers was commissioned in December 2011.

"Over the next coming weeks we will make a statement on the contents of that report," said Welsh Rugby Union group chief executive Roger Lewis.

The four regions have since imposed a £3.5m salary cap and a host of Test stars have left Wales.

The report has examined all aspects of professional rugby in Wales and the "tough economic challenges" facing Welsh rugby and has taken eight months to complete.

The loss of star players to France and dwindling crowds are other concerns for the regions, who had an average of fewer than 8,000 spectators in Pro 12 competition last season, although season ticket sales for the new season have been encouraging.

The report will be now examined by the WRU board and the regional boards at the Scarlets, the Ospreys, the Cardiff Blues and the Newport Gwent Dragons before the results are published.

"The document has been finished, the work has been done and that document now goes to the boards of the four Welsh regions and the board of the Welsh Rugby Union," said Lewis.

"It has been the most in-depth study of the game in Wales since the game went professional in Wales."

The WRU and the Welsh regions are expected to make an announcement on the report in the coming weeks.