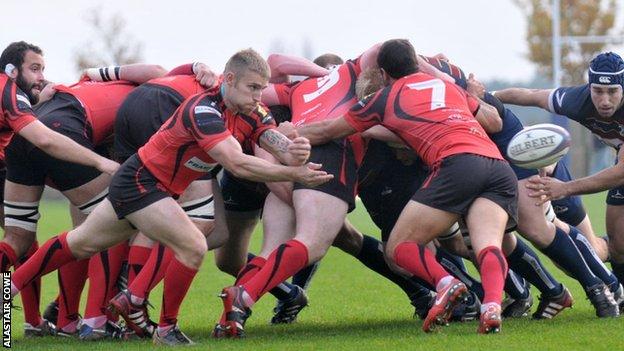 Redruth are looking to improve their away form when they take on Taunton at Hyde Park in National Two South.

Edwards told BBC Radio Cornwall: "We're going to have to weather the storm because without doubt they're going to start really strong.

"If any opportunities come we have to take them as we may only get one or two in a game."

With several players unavailable this Saturday it gives an opportunity for others to stake an early claim.

"There's a few new faces that will be involved this weekend," Edwards said.

"But next week there are four players from last year available again. With the new lads coming in it's up to them to keep the shirt".

Last season the teams were evenly matched with both fixtures being won 35-34 by the home side.