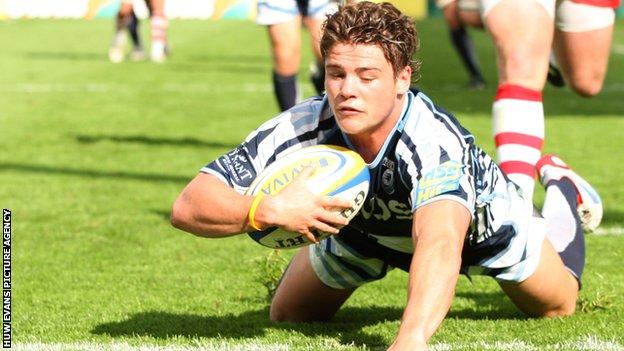 The 19-year-old emerged from the Blues' academy to be capped by Wales against the Barbarians in June.

He had also been in Wales' 35-man 2012 Six Nations Grand Slam squad and toured Australia with them in June.

"I'm really pleased to get to stick around for a few years. It was an easy decision to make and I took the offer with both hands," said Robinson.

"This is the best rugby environment for me to be in and I've got a good group of friends here also, so I'm excited to be here.

"It does feel like a fresh start with [director of rugby] Phil [Davies] coming in and all the boys who are here feel it's a good environment to be in.

"It was a bit of whirlwind last season for me, but things have sunk in now, but now it's a new season and I'm just putting my head down and working hard."

Davies said: "I can see that he is a player with massive potential.

"He's had a couple of outings for Wales whether that is for the Sevens or for Wales against the Barbarians and in Australia.

"Now his challenge is to play regional rugby week in week out and play rugby for Wales.