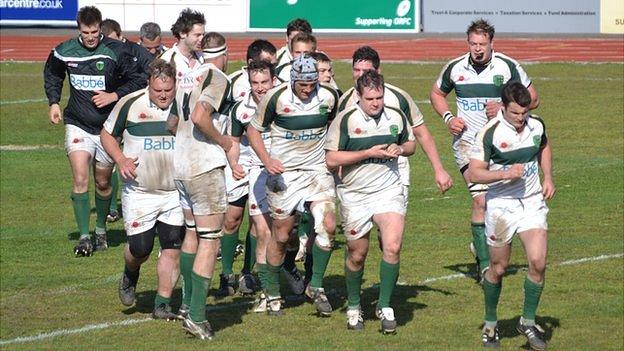 Player-coach Jordan Reynolds said: "We got off to pretty good start, one of our new recruits Jason Harvey scored a pretty great try from about 50 out.

"We allowed Staines to get back into the game, but we got the result."

He added: "We ended up scoring six tries for the game, our kicking was a bit off for the day.

"We got our bonus point and I'm happy with that."

The island side, who were making their debut in the league, were one of five winning sides earning a bonus point.

Reynolds said: "We need to concentrate on our defence, we've made that a target that we want to have the best defence this year and we've already let ourselves down majorly.

"That's something we need to look at very quickly."

The island team take on Dorking at home on Saturday.

Reynolds said they would be a real test as Staines were expected to finish near the bottom of the league.

He said: "We need to really step it up this week. Having the crowd there is definitely a bonus for us, the bigger the crowd the better we play."