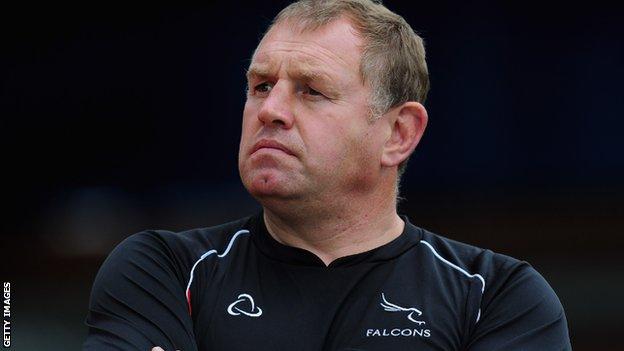 Newcastle director of rugby Dean Richards has said there is better to come from his squad despite beating Bristol in their Championship opener.

Four tries secured a bonus-point victory as the Falcons won 37-20 at the Memorial Stadium against their promotion rivals.

"If you were to ask any players about the performance there's a lot more to give," Richards told BBC Newcastle.

"We didn't play as a collective unit as we wanted to throughout the game."

Richards' arrival at Kingston Park during the summer, added to the recruitment within the squad, has lifted expectations of an immediate return to the Premiership.

However, Bristol, who were edged out of the play-offs by beaten finalists Cornish Pirates last season, demonstrated there would be no easy route to promotion for the Falcons.

"We knew they would be very competitive around the breakdown area," Richards said.

"But we should have been prepared for that and I don't think we dealt with that probably as well as we could.

"The consistency and the fluidity of our game caused them a few problems and to have the likes of Waisea Luvenyali, Scott McLeod and Rory Lawson to come on, it added that bit of zip for us."