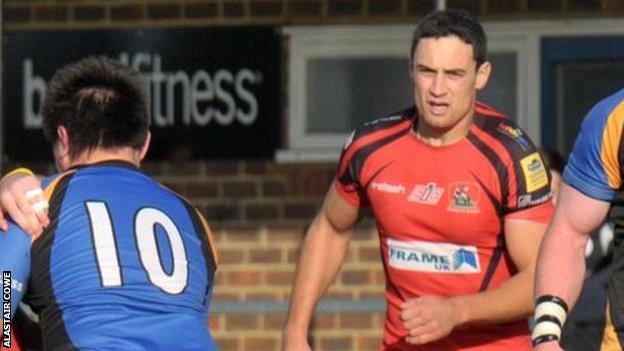 Redruth player-coach Craig Bonds was thrilled to start with an away win against Taunton in National Two South.

Last season the Reds won just four games away from home and preparations for Saturday's game at Hyde Park were far from ideal.

"We're looking to be better than last year and that means we're aiming for a top-five finish."

Bonds, now in his 12th season with the Reds, scored the first try of the season after new signing Romey Vassell had created an opening.

"Romey looks dangerous, he's a strong runner and quick off the mark. We've got a nice mix of youth and experience and the squad is deeper than last year. Next week's selection meeting could be interesting," he added.

"The core of the side is experienced and then there' are the gas men like [Tom] Notman and Vassell to go with it."

"He stood out on Saturday, he's key for us at the base of our scrum. I think he's got the potential to play Championship level," Bonds said.

"We finished the game off well against Taunton. We controlled the ball and didn't give them a chance to get back into it which was pleasing."