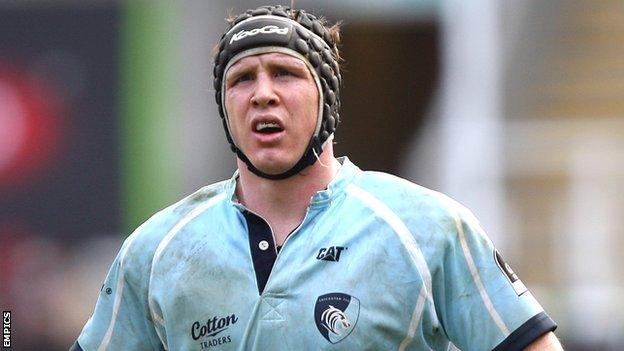 Leicester Tigers flanker Ben Woods has been forced to retire from professional rugby because of a wrist injury.

The England Saxons international, 30, joined from Newcastle Falcons in 2008 and was a part of the Premiership title-winning squads of 2009 and 2010.

He played 70 games in four seasons with the club and scored a try in the 2009 Heineken Cup final against Leinster.

"It's a difficult decision to stop. I have enjoyed playing professionally and Leicester is a great club," Woods said.

"The coaching staff here showed a lot of faith in me and gave me the opportunity to win trophies, which is what every player wants to do.

"I would like to thank everyone at Tigers for their support in my time at the club and I wish them well in the new season."

Director of rugby Richard Cockerill said: "Ben has been a very valuable member of the squad at Tigers for the last four seasons. He enjoyed some of his best form in a Tigers shirt.

"It is unfortunate for any player when injury dictates the time of their retirement. We wish Ben well for the future and thank him for his service to the club."