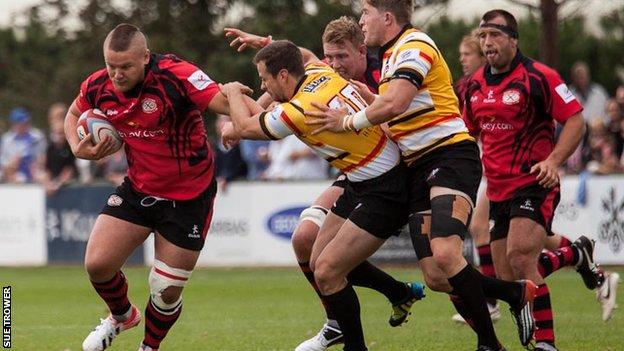 Jersey prop Richard Barrington has described Saturday's match against Moseley as a "must win" despite it only being the third game of the new season.

The teams are the only two in the Championship yet to pick up a point.

"We're not a million miles away from this Championship standard," said Barrington, one of ten summer signings for the islanders.

"Hopefully we get a big crowd behind us to push us forward [against Moseley], it's a must win game."

Both sides lost their first two matches without any bonus-points.

The islanders started life in the second tier of English rugby with a home loss to Cornish Pirates followed by a 32-19 defeat away at Leeds.

"I feel like we need to get out there and smash this Championship up," Barrington told BBC Radio Jersey.

"We need to go out there and get five points from Moseley this weekend, let's get a big support, and we'll do the job."