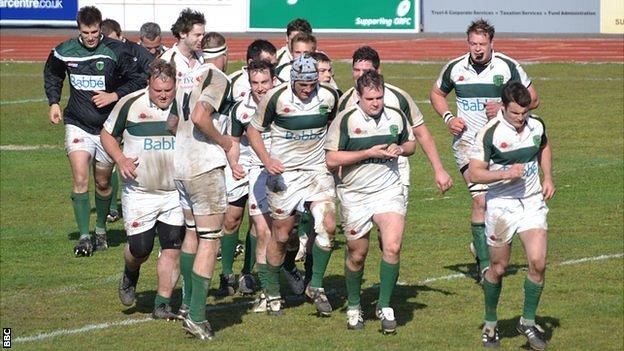 Guernsey led 29-12 after two tries from Darrin Bellingham and one each for Jason Harvey and Jason Batiste.

Ross Yiend's try moved Rugby within one point but Hadden missed the conversion.

"We had a makeshift team, we had to stick to a solid game plan and apply a lot of pressure to it and it worked for us," Guernsey boss Jordan Reynolds told BBC Guernsey.

"That scoreline is a reflection of the attacking ability that was coming through.

"Hopefully we can build on this now and keep moving forward.

"We're building at the moment but promotion still has to be within our sights.

"If you raise the bar as high as you can and you aim for it then you're always going to succeed."