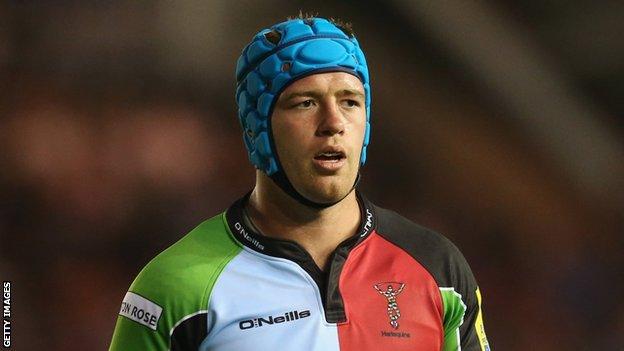 Harlequins hooker Joe Gray says the side are benefiting from work on their scrummaging in training.

The Twickenham Stoop side have started the defence of their Premiership title with three consecutive wins.

It used to be our problem. People used to come after us and target our set pieces

He told BBC London 94.9: "It used to be our problem. People used to come after us and target our set pieces.

"It's really started to come good over the last seven or eight months. We've started to take teams on and really compete there."

The 24-year-old continued: "It's something we've worked very hard at.

"A lot of credit goes to [head coach] John Kingston.

"We've done a lot of work and a lot of analysis, going after different people where we think there are weaknesses.

"It's credit to the whole front eight, with everyone buying in and being really aggressive at scrum time."