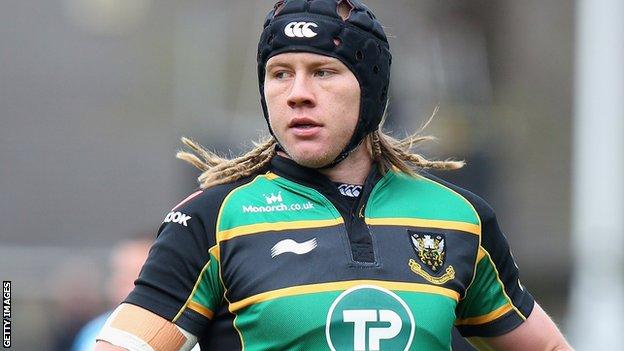 Flanker Teimana Harrison has signed a contract with Northampton Saints, tying him to the club until at least 2015.

The 20-year-old has made four appearances for the club since arriving from New Zealand last November.

"I'm very excited by my new contract and it offers a lot of opportunities for me," he told the club website.

"I've thoroughly enjoyed my time in Northampton so far, and obviously my main aim is to try and get into the first team here."

Although born in New Zealand, Harrison is qualified for England through his father and plans to base his career in the East Midlands.

"Teimana has the hunger, desire and quality to be able to succeed in the Premiership," said Saints director of rugby Jim Mallinder.

"When he arrived we could see straight away that he had all of the skills and raw talent, and now that he has had a full pre-season under his belt, he is starting to take that to the next level.

"We have had no hesitation in offering Teimana a full contract for the next two years, and hopefully he will remain a part of the Saints squad for a long time after that."